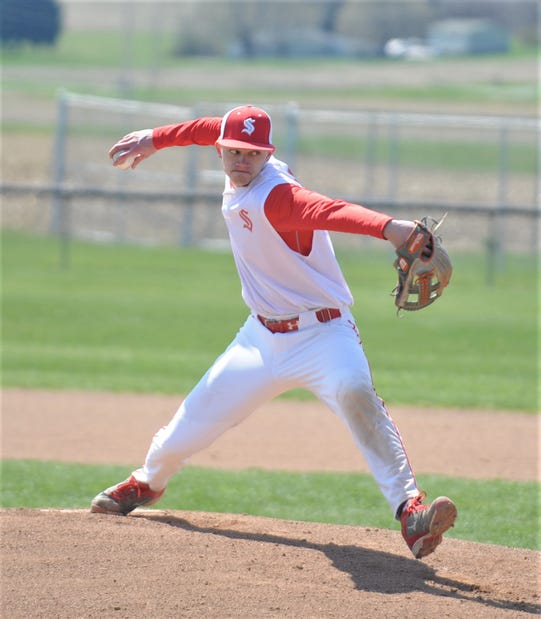 THORNVILLE – Sheridan used a pair of big first innings and strong pitching to sweep visiting Logan, 19-0, 12-0, in a Saturday doubleheader.

In Game 1, the Generals (3-1) scored nine in the first inning, while winning pitcher Sam Taylor threw a one-hitter with eight strikeouts in the five-inning mercy.

Nate Johnson had a triple, double, single and seven RBIs to pace the attack, while Caden Sheridan added a double, two singles and two RBIs, Jarret Thorne and Corey Amspaugh had a pair of hits each, and Blaine Hannan knocked in two runs.

In Game 2, Ethan Malone scattered five hits and struck out four to earn the victory in another five-inning mercy.

Sheridan and Tyler Talbot each had two-run singles in an eight-run first for the Generals, while Johnson collected two more hits.