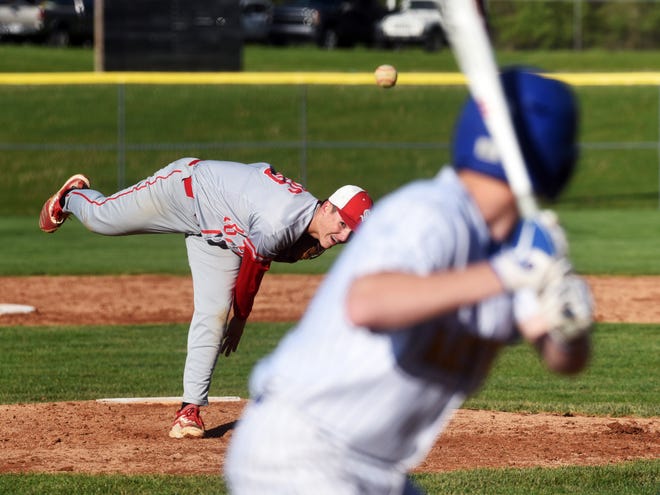 The Generals scored eight times in the first inning and Brison tossed a three-hitter as Sheridan rolled to a 14-3 win in a Muskingum Valley League-Big School Division game at the Maysville Athletic Complex.

Sheridan (17-4) cracked six extra-base hits — Brison had a pair of doubles and five RBIs — as its won for the ninth straight time and improved to 9-3 in the MVL.

Brison struck out five in a complete game, yielding only two singles and Clayton Bagent’s RBI double. He walked one and allowed one earned run.

Ethan Malone added a triple and two singles, Nate Johnson doubled and singled with two RBIs and Corey Amspaugh doubled home two runs for the winners, who had 11 hits.