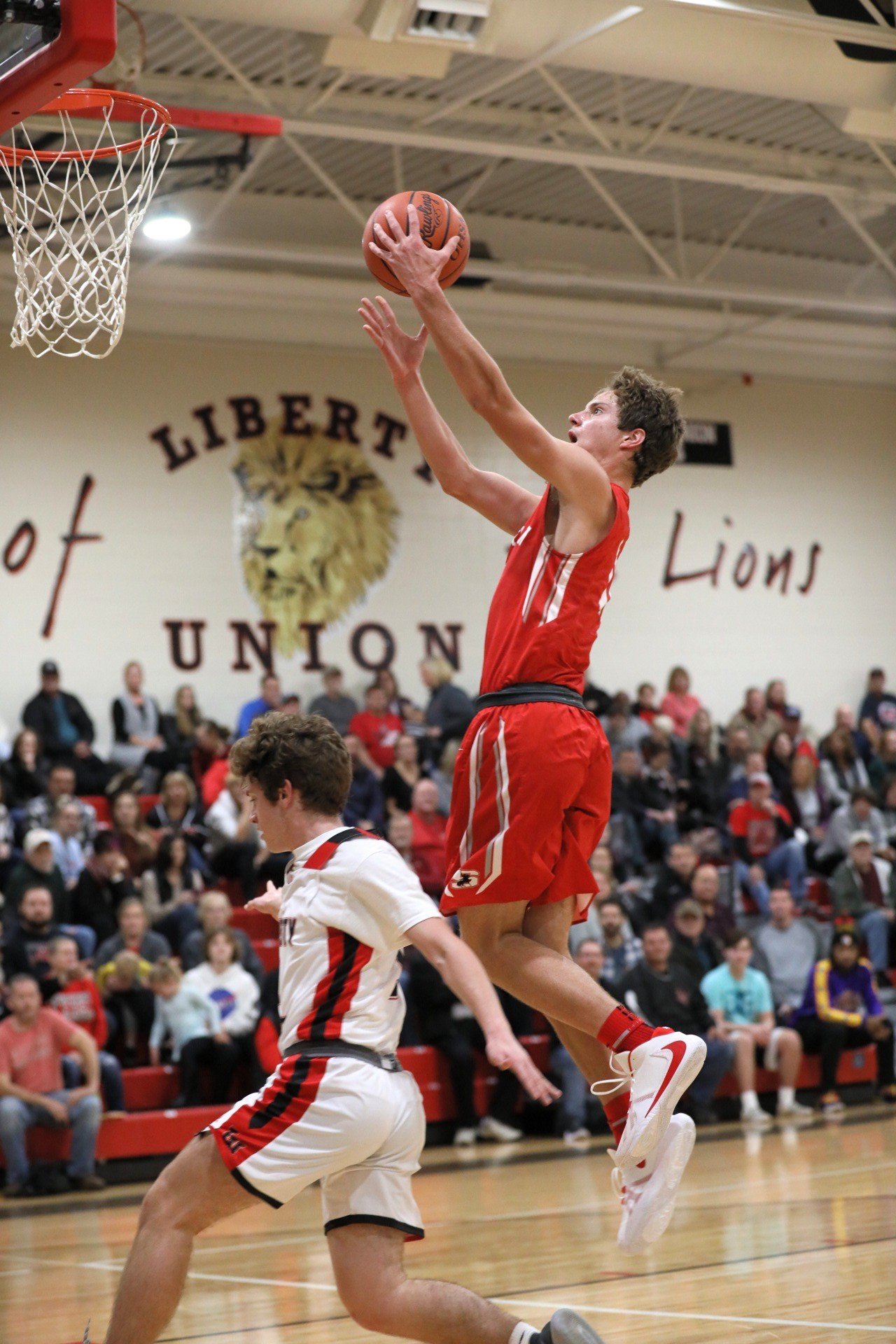 Russell and Malone combined for 14 points in the first quarter, as Sheridan led 18-15 after one, while Malone added 10 of his 21 points in the second to help the Generals take a 39-25 advantage into the half.